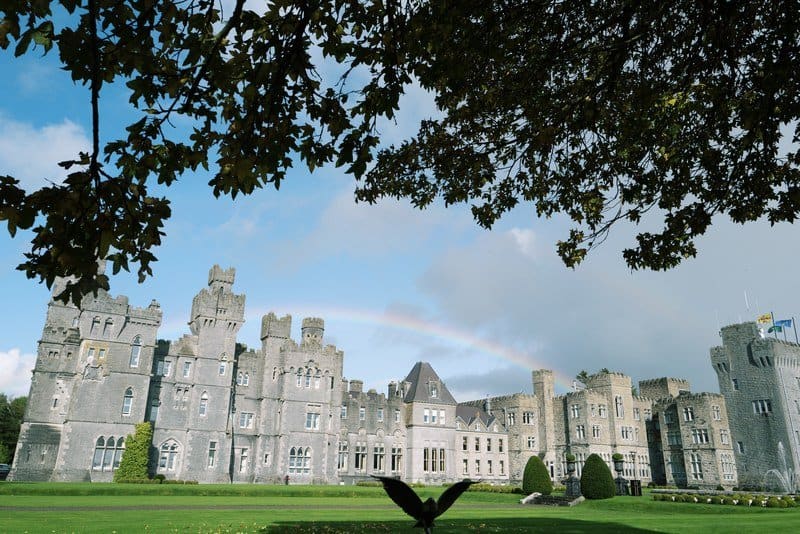 It was a pleasure to play for the wedding of Reese Lasher & Alice Delahunt at the stunning Ashford Castle in Co Mayo. The couple celebrated their special day with over 170 guests who flew in from all over the world. Ashford Castle is one of the most exclusive wedding venues in the world and has hosted the weddings of Rory McElroy and Pierce Brosnan to name but a few. The wedding was coordinated by Michelle Rago Destinations, Michelle is one of the worlds top wedding planners and caters for clients worldwide. I was delighted to finish off the celebrations for Reese & Alice with the partying lasting well into the early hours of the morning. Thanks to Vogue.com for featuring me in this article. 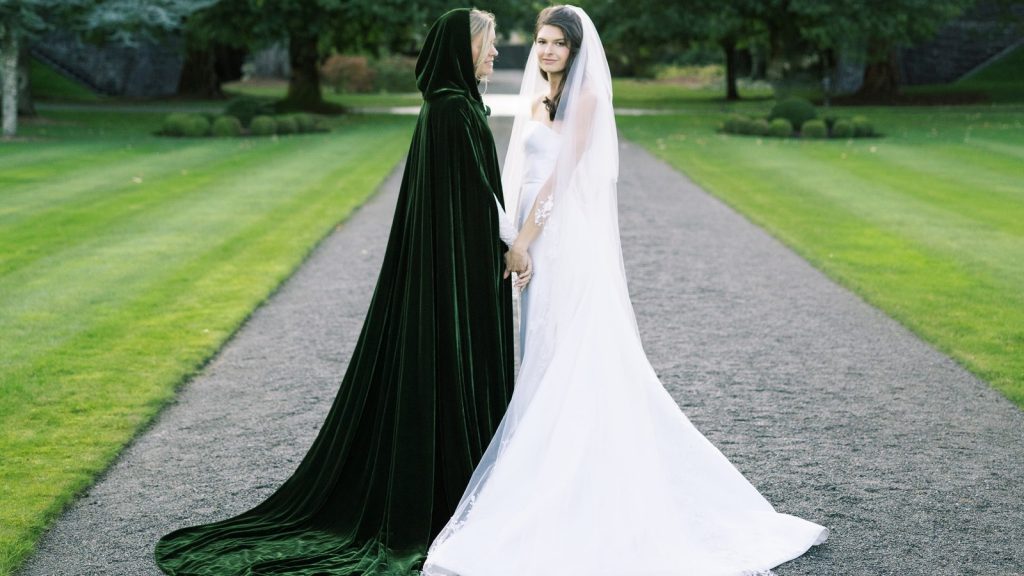 Alice Delahunt, the chief digital officer at Ralph Lauren, met music manager Reese Lasher on the dating app Raya. “Apparently, I didn’t write Alice back for about three weeks,” Reese recalls. “I remember matching with her, though, and having this weird feeling of familiarity—like we had known each other before, but we hadn’t. I honestly think I waited so long to write her back because instinctively I knew that once I did, my life would change forever.”

“Reese is right—it did take a good three weeks, but I still managed to secure our first date in L.A.” Alice says. “We’d been messaging constantly for over a month before so there was quite a lot of anticipation on my part.” Alice arrived 30 minutes early because she was so nervous. Meanwhile, Reese showed up casually late. “I was so charmed by her quiet confidence,” Alice says. “She couldn’t understand a word I was saying because of my accent. But hey, it worked and here we are today!”

They had been dating for two years when they both proposed. “We had two proposals because…girls!” Reese jokes. “Alice went first. She does everything first! Being with Alice is a little like driving 150 mph in a Ferrari with no seatbelt. I know that I will accomplish so much more in my life and feel very fulfilled because of her ‘life is short’ mentality.”

When they lived in L.A., they used to ride their bikes to Shutters in Santa Monica to watch the sunset, so this was a natural place for Alice to pop the question. “When I walked in, one of our favorite singers, Garrison Starr, was singing our song: ‘Lucky One,’” Reese remembers. “It was very romantic. Both of our families flew out for it.”

A move to New York was on the horizon, which was set to be a big step for the couple. “I wanted to propose before this to show Reese how serious I was about my commitment to her,” Alice says. “Reese knows how much LGBTQ history means to me; I’ve been intentional about listening and learning as much as possible about those who paved the way for us. In an incredibly moving gesture, she proposed back to me in front of the newly constructed monument at the old Christopher Street piers which is now called Hudson River Park.” 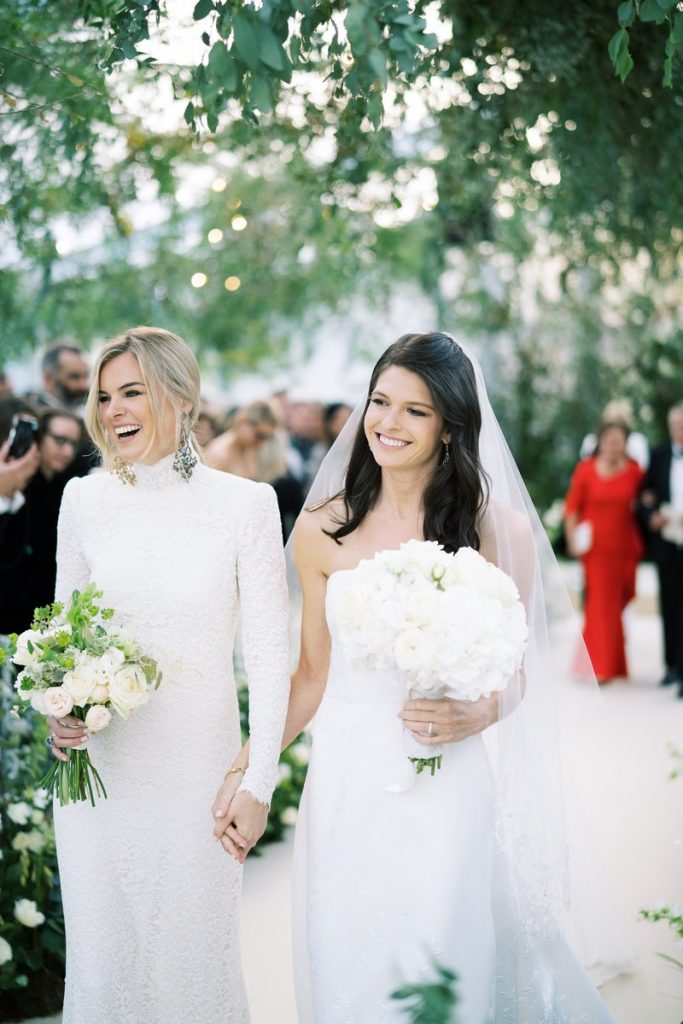 Alice is from Ireland, and she and Reese had visited Ashford Castle a couple of times while dating. They originally intended to have a small ceremony—possibly even at a courthouse—but as so often happens when it comes to wedding planning, somehow things escalated to a castle in Ireland. “It’s easy to get a little carried away,” Reese says. “Especially when there are two brides!”

The couple worked with Michelle Rago Destinations to produce the epic, once-in-a-lifetime wedding weekend, drawing inspiration from Alice’s homeland all along the way. “Alice grew up in the Wicklow countryside on a beach,” Reese explains. “The landscape is beautifully rugged there, and she feels most herself when she’s surrounded by nature. We wanted to pay tribute by keeping our flowers a little wild and overgrown. During the ceremony we had Lough Corrib on one side of the tent and Ashford’s gardens on the other.”

Bevin Prince, a close friend of the couple’s, officiated the service. “We fell in love while we were at her wedding in Turks and Caicos, and we were so grateful when she agreed,” Alice says. Given Reese’s career in the music industry, special importance was placed on the songs chosen for the ceremony. The bridesmaids walked down the aisle to “Poetry” by Wrabel, wearing tuxedos by Cristina Ottaviano. “The girls walked down arm-in-arm looking powerful and beautiful,” Reese says. Alice then made her entrance to “Canon in D” in a custom Ralph Lauren dress and cape. The gown was open back and lace with handworked lace seams, a high stand collar, and silk satin-covered buttons. For this moment, she also wore a green velvet cape with a matching grosgrain tie.

The ceremony was very emotional. “But all of my nerves melted away as I took my dad’s arm and my mum’s hand, and we started to walk down the aisle,” Alice says. “I saw all of our friends and family and felt overwhelmed by the support in the marquee. However, the crescendo was seeing Reese appear at the end of the aisle. She looked like the most magnificent thing I have ever laid my eyes on. It may sound cliché but she literally took my breath away. I couldn’t contain my emotions.”

Reese was in a strapless column Carolina Herrera gown with a pleated full train made in their custom floral jacquard fabric called the “Hayden,” which also just so happens to be her sister’s name—it was a sign! “I don’t know what it was about this dress, but I felt a bit emotional when I put it on for the first time,” Reese says. She was accompanied by a piece of music she asked her client François-Paul Aïche to compose in honor of Alice. “It’s just called ‘Alice,’ and it’s stunning,” Reese says. “Garrison Starr also sang her gorgeous song ‘The Lucky One’ during the service.” The newlyweds walked back up the aisle as wife and wife to Brandi Carlile’s “Party of One,” with the lyrics “I am yours” sung over and over, building along with the strings.

For the reception that followed, the couple mixed Irish and American traditions, and the brides’ brothers made an incredible duo as masters of ceremony. “Both of our dads gave the most touching toasts, and Reese and I finished the evening with our respective speeches,” Alice says. “Reese’s toast was incredible—between her kind praise and her whole other set of vows in which she promised to never watch an episode of Real Housewives without me—she had the room in tears of joy and laughter.”

At the end of dinner, Celtic drummers led everyone back to the marquee for dancing. Once there, guests were welcomed by traditional Irish dancers and a fiddle player. Michelle Branch sang the couple’s first dance song, “Hold My Girl” by George Ezra, and she followed that with “Everywhere.” The Ambassador Band from London then took the stage, and after that, DJ Tommy Elliott made sure the dancing continued into the morning!   “For the ‘after-after-party,’ we went back into the castle to the Prince of Wales Bar for tacos and tequila,” Alice says. And as Reese adds, “What happens at Ashford stays at Ashford!”

This website uses cookies to improve your experience while you navigate through the website. Out of these, the cookies that are categorized as necessary are stored on your browser as they are essential for the working of basic functionalities of the website. We also use third-party cookies that help us analyze and understand how you use this website. These cookies will be stored in your browser only with your consent. You also have the option to opt-out of these cookies. But opting out of some of these cookies may affect your browsing experience.
Necessary Always Enabled
Necessary cookies are absolutely essential for the website to function properly. This category only includes cookies that ensures basic functionalities and security features of the website. These cookies do not store any personal information.
Non-necessary
Any cookies that may not be particularly necessary for the website to function and is used specifically to collect user personal data via analytics, ads, other embedded contents are termed as non-necessary cookies. It is mandatory to procure user consent prior to running these cookies on your website.
SAVE & ACCEPT